You’re going to hear a genuine BBC news report from 10 May 2016. Before you listen, read these three summaries:

a) Researchers say there are only 2,000 types of plants left in the world.

b) Researchers have discovered 2,000 types of new plants but also say many are at risk.

c) Researchers say 2,000 plants are at risk of dying out.

How was that? Try listening again. Here are three definitions of key vocabulary items which may help you.

sprawling
reaching over a large area

habitat
area where a plant or animal lives naturally

A new report on the state of the world’s plants says that more than 2,000 new species were discovered last year alone including a three-metre-tall orchid and a sprawling insect-eating sundew plant from Brazil.

But the researchers from the Royal Botanic Gardens in London warned that a fifth of all plants were at risk of extinction – vulnerable to climate change, habitat loss or disease.

b) Researchers have discovered 2,000 types of new plants but also say many are at risk. 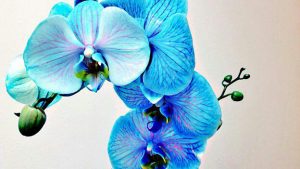